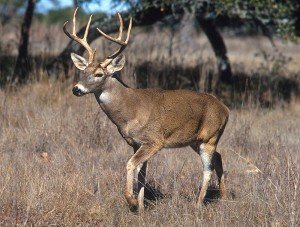 When deer pass away on your property – Call US!

Our Expert Dead Animal Removal at Southern Wildlife Management, LLC. team has been called to duty and succeeded when other companies have failed to locate the source of the odor or the dead animal in the Alpharetta, GA area.

When necessary sanitize & disinfect the area using hospital grade anti-microbial, anti-viral & anti-bacteria mist which will neutralize any odors and kill off any worrisome parasites or bacteria. We will try to inspect your home or business to find out how that animal gained entry and provide you with a proposal to seal up the home so no critters can come in again.

If you smell the animal but have no idea where it is… We are experts in finding the source of the dead animal odor & removing the critter.  We have tools available to us so we can locate the source with minimal effort or damage to your property.  In Alpharetta Georgia,  If you have a dead rat in your wall, a dead squirrel or dead raccoon in your attic, a dead deer in your yard… we can HELP!

We remove the dead animal & then sanitize the area not only to remove the odor but to remove any living organisms left behind.  There are a lot of airborne illnesses which are spread from dead animal carcasses and feces.  Rat feces has recently been attributed to Hanta Virus from the CDC and caused an out an outbreak from one of our National Parks.

Sometimes it can be easy to find, but other times it can require hours of detective work. Dead animal removal is often referred to as dead animal extraction, carcass removal, dead animal body removal, dead animal pick up, dead animal deer removal, and dead animal removal.  Each job is unique and challenging, but we do our best to find the critter that is causing the odor.  Removing dead animals in crawlspaces or decks can be difficult and hard to reach, however we have specialized tools and training to reach them.  Dead Deer often die after being struck by vehicles or impairing themselves on fences, most homeowner’s complain of a strong odor and will then investigate to find the carcass decomposing nearby.  We try to do all of the dead animal pick ups the same day that the call came in.